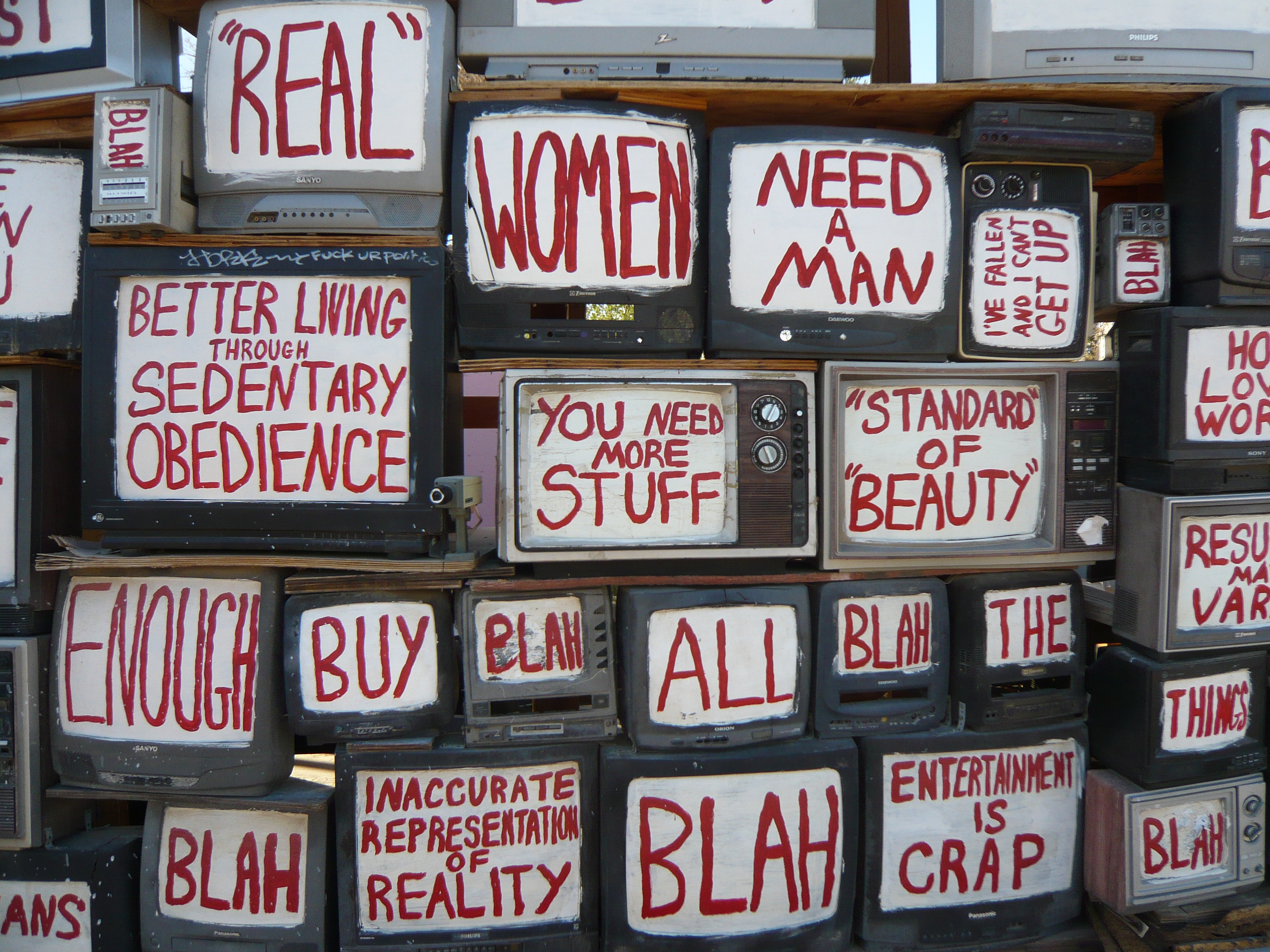 Last year in October we spent a few days in Slab City. I  have been wanting to see it in person ever since I read about it many years ago.

It has also been featured in “Into the Wild” and a bunch of other stories, so yes, I was curious and it was on my bucket list. But I wanted to stay there for a longer visit, not just drive through and stare.

It certainly is one of those places where you either go with an open mind or don’t bother going at all. Most people don’t make it beyond Salvation Mountain, which is right at the entrance. They get out of the car, snap a few pictures and head back to Palm Springs or wherever they were headed. 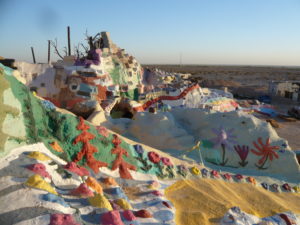 Admittedly, I was a bit uneasy on the first day as well. Not necessarily because it was Slab City, rather because at the beginning of our travels, I was a bit squirmish getting used to new boondocking campsite surroundings no matter where they were. Sometimes it just takes me a bit of time to get comfortable with a new location and find my bearings. Luckily this has gotten a lot easier over time and now I usally just settle right in. Also, in the case of Slab City, I did want to be respectful to other people’s sites and not step on anyone’s toes.

It’s funny how a “free” place, where everybody can just set up camp, can be so territorial. You see a lot of people fencing in their spots or clearly marking their territory otherwise. Some of them were probably tired of visitors staring at them like animals in a zoo, taking pictures without approval. I never wanted to be that kind of visitor, not a big fan of zoos in the first place. Sorry, no pictures of any of the homesteads from me.

I know a lot of people are unsure about Slab city, they visit for the day and try to get the hell out of there by night. Or some only dare to go in large groups and keep to their group. I am sharing our experience in hopes to encourage other people to just go and check it out.

We went by ourselves and parked right smack in the middle of the place for four nights. Walking distance to The Range and walking distance to most other things of interest over there like the internet café, the library, East Jesus and such. A few rigs were parked right at the entrance across from Salvation Mountain, but after some deliberation we decided to set up camp further in. 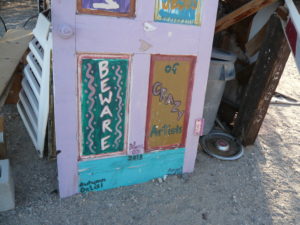 I loved it. Seriously loved it, after overcoming that initial fear of being too much of an intruder in someone else’s space.

I have a lot of respect for people who use their time and resources to put things together for the community and many of the most interesting things that exist in Slab City were offered by Slab City residents to share with the community.

Someone built the library, collected shelves and shelves of books, videos and other stuff you can borrow and made it available for everyone to use! The folks who run the “Internet Café” work on a donation basis.

Bill, the guy who built The Range and puts on the talent show brings in people from all over the world and residents alike to share their talent. He passes a hat around at the end of the event. We went to two shows while we are at Slab City and had a blast.

The artists at East Jesus upcycle all kinds of things into art and share it with the world. Some amazing stuff to look at there with some messages that really resonate with with a lot of people I know. They are also trying to purchase their land, so if you feel inclined to help you can do so here. 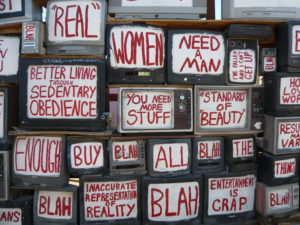 Leonard Knight, the man who built Salvation Mountain left behind a landmark that many people recognize and want to visit on a daily basis. While I don’t quite share his beliefs, I find it amazing and inspiring how dedicated this man was to his dreams. His legacy can be supported here. 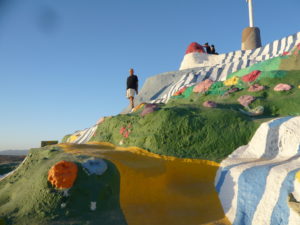 Oh and CATS! At Salvation Mountain! What’s not to love! Meow! They seem to be taken care of. I spoke to the salvation mountain caretaker who feeds them and says he works with a local rescue to get them spayed and neutered. He said, they even have their own social media site, altough I could not find it to share! 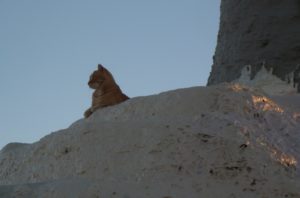 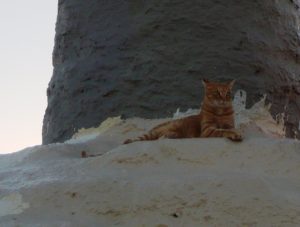 I would definitely like to go to Slab city again next time we head to that area and I hope this inspires other people to go experience it themselves as well.