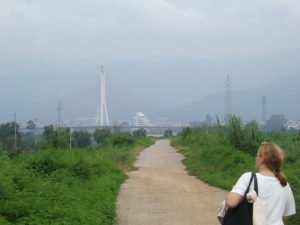 Here I am: The Frugal Humanist. Thank you for stopping by to read my ramblings.

I am an animal loving travel enthusiast who has been interested in financial independence, ever since I can remember. Convinced that the most valuable gifts you can buy yourself are not things, but your freedom and time, I have been working towards financial independence (FI) so I can pursue my passions.

I live in an RV full time with my husband (aka The De-Accelerator) and two cats. I recently sold my house and most of my belongings and gave up a well paying full time job to have a trial run at this FIRE thing. After a year I decided that I’ll just stay FIREd and figure things out as I go.

For me, in the beginning FI was not so much about RE, but more about freedom and security. I used to joke that even if I won the lottery tomorrow, I would still go to work, because I enjoyed my job. I could have probably fully fired had I kept my job and the great savings rate that went with it for only a couple more years.

But a lot of things happened in the last 18 months leading up to my resignation, so I decided to do a trial run then then figure out what’s next in the process. So far, I have decided to make a so called “lean FIRE”  lifestyle work by chosing to not own a house, but travel in an RV instead.

I am lucky to have been brought up in a frugal family.  At times, as a kid, that sometimes annoyed me, but at the same time it instilled certain values and habits into me, that today I benefit from and am very grateful for.

I grew up in a country that values saving over spending (maybe a bit too much). As a result, I always have been a saver. Being a good saver is only one part of the picture. I have always dreamed of becoming financially independent, but was not very successful in investing money in the past. So I took a few detours and some very bad decisions on the way.

Once I discovered the missing pieces of the puzzle (mainly Index Investing), it became a lot more clear what I needed to do next if I wanted to reach FI.

I decided to share my journey in a blog because there are so many things I learned –good and bad- over the many years, since I became interested in financial independence.

A lot of these things could have easily been learned from others, had I only found them earlier!

Many years into my journey I discovered that there is a whole community of people out there who pursue financial independence for a myriad of reasons and it truly was a revelation.

There’s a boatload of frugal lifestyle blogs out there, tons of money saving blogs, full time RVer blogs and the number of financial independence blogs is growing on a daily basis as well.

That is GREAT, I love reading blogs (and maybe spend a bit too much time on that).

Now I am adding yet another blog to the endless list, because I also wanted to share my personal perspective. These are my own ramblings at the intersection of frugal living, saving, being owned by cats, full time RVing, the pursuit of happiness and other philosophies that matter to me, such as Humanism, hence “The Frugal Humanist” (also because The Frugal RVing Cat Loving Happy Humanist With Crazy Tendencies would have been too long a name for a website).

Humanism, as per a definition found in the Humanist Magazine, is “a rational philosophy informed by science, inspired by art, and motivated by compassion. Affirming the dignity of each human being, it supports the maximization of individual liberty and opportunity consonant with social and planetary responsibility. It advocates the extension of participatory democracy and the expansion of the open society, standing for human rights and social justice.”

Now in my eyes, this perfectly aligns with frugality and my desire for financial freedom and so the journey begins….

This site uses Akismet to reduce spam. Learn how your comment data is processed.

This website uses cookies to improve your experience while you navigate through the website. Out of these, the cookies that are categorized as necessary are stored on your browser as they are essential for the working of basic functionalities of the website. We also use third-party cookies that help us analyze and understand how you use this website. These cookies will be stored in your browser only with your consent. You also have the option to opt-out of these cookies. But opting out of some of these cookies may affect your browsing experience.
Necessary Always Enabled
Necessary cookies are absolutely essential for the website to function properly. This category only includes cookies that ensures basic functionalities and security features of the website. These cookies do not store any personal information.
Functional
Functional cookies help to perform certain functionalities like sharing the content of the website on social media platforms, collect feedbacks, and other third-party features.
Performance
Performance cookies are used to understand and analyze the key performance indexes of the website which helps in delivering a better user experience for the visitors.
Analytics
Analytical cookies are used to understand how visitors interact with the website. These cookies help provide information on metrics the number of visitors, bounce rate, traffic source, etc.
Advertisement
Advertisement cookies are used to provide visitors with relevant ads and marketing campaigns. These cookies track visitors across websites and collect information to provide customized ads.
Others
Other uncategorized cookies are those that are being analyzed and have not been classified into a category as yet.
SAVE & ACCEPT