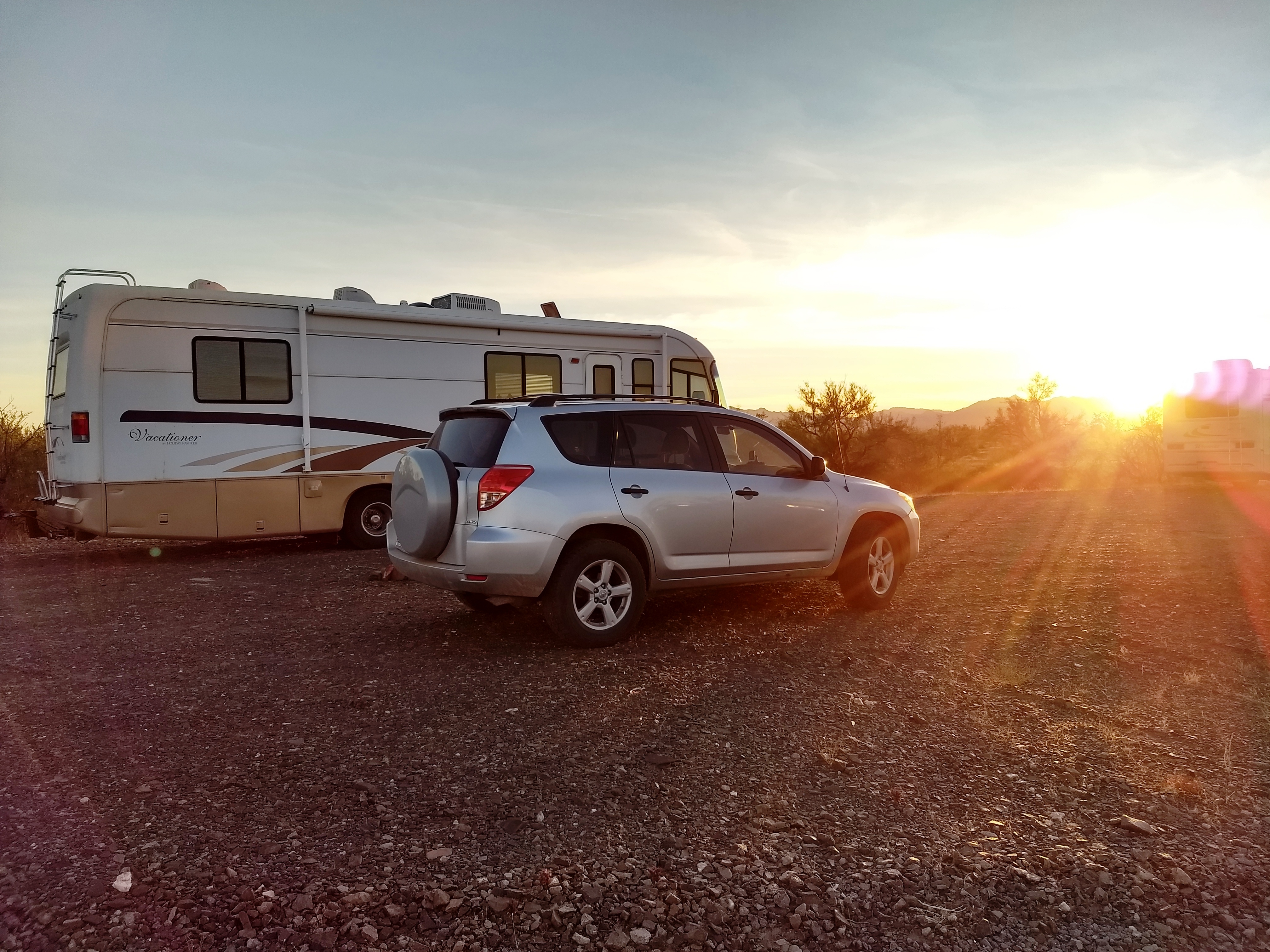 After a busy year of travelling (most of which remains undocumented on this blog, as my friends have aptly pointed out on numerous occasions) we rolled back into my beloved Phoenix right in time for the 2017 holiday season. Spending November and December in Phoenix gives me the opportunity to reconnect with said friends (who then have to listen to all the stories in person and still insist, I finally get my act together and share more photos on the blog) and dedicate a bit of time to support the causes that are meaningful to me.

I managed to get a little shopping done, to help out my favorite pet shelter and among a few other things also reached out to my Humanist tribe, the Humanist Society of Greater Phoenix, to see if I could help out with any current projects. I learned that a lot had happened in the year I have been gone: several long time members moved to other parts of the world and the organization had a streak of bad luck with some unforeseen repairs to the community center. HSGP is the only Humanist group in the country that has a community owned building, which is awesome in one way and at the same time kind of disheartening for a country with houses of worship on every corner. 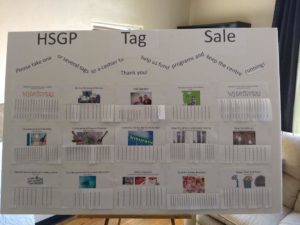 I was informed that HSGP’s operating budget was in the red for the year and there had been a shortage of volunteers for some of their recent events. I had just arrived in time for a planning meeting regarding our year-end event, which is also an important fundraiser for HSGP, which luckily gave me the opportunity to help in small ways. Thanks to the bigheartedness of many members, who gave generously at our Winter Solstice Party, as well as a huge group of volunteers who willingly lent a hand, HSGP was able to end the year in the black. Such a relief and a great thing to witness! The future looks bright for HSGP with many newcomers bringing fresh ideas and an enthusiastic new board of directors building momentum.

I left Phoenix happy, energized and at the same time a bit sad that I couldn’t do more to help. One of my initial reasons for FIRE was to have more time to volunteer at organizations such as HSGP, Tumbleweed, various pet rescues etc. and support them with extra funds that my DAF would have generated. I now don’t have a DAF, but am planning to donate any proceeds of this blog to causes that matter to me. If you’d like to help me with that, please check out my give back page for easy ways to help me do this at no cost to you!

I still feel a bit guilty about focusing my FIRE time mostly on my travel pursuits instead of giving more, time and money (about 30% of my 2017 expenses were donations) to a variety of causes. During the last few days, I have had many discussions with other nomads, among them a philosopher for whom I have some mad respect, about effectively helping others through your own seemingly selfish search for happiness. I am still processing some of these discussions and thoughts, but they’ll certainly be the subject of further blog posts.

In talking to my fellow HSGP members, I also realized that many members would like to give more of their time and/or money to HSGP but are limited by work and other life commitments. I certainly know how that goes.

One long time member and friend, mentioned he had made the jump from a relatively secure job into uncertainty to start a Mindfulness Business. From what I understand he wasn’t even FI at the time, just had enough FU money to give it a shot! He is actually the second friend within my Phoenix humanist tribe, starting a “woowoo free” Mindfulness Business. Major kudos for these kinds of guts to both of them!

I couldn’t help but wonder: What if more Humanists became financially independent? Imagine all the additional good we could do? All the cool ideas we could bring to life! We’d be masters of our time and funds and could spend as much time as we’d like volunteering for the projects we care about! We’d also have a line in our FIRE budget for humanist causes and maybe even a DAF or even better both. How awesome would that be? Community centers like the one HSGP owns would pop up all over the country, enabling humanists to gather and organize and have a wonderful impact doing even more good than they already do. Not that we don’t have an impact right now, quite the opposite. It’s just that we are not seen, because we care more about getting stuff done, than talking about it. The contributions of secular charities to disaster relief are often overlooked, because we focus on the problem at hand, the bigger picture, rather than communicating about every little detail of what we do. I know, I have mentioned some things, I do or have done, in this blog, but generally I feel weird about that and prefer to not list everything in great detail, because it doesn’t feel right to list little things that are just plain human decency.

Speaking of human decency. A few weeks before heading to Phoenix, I had read a blog post on the topic by another FI blogger. They mentioned something along the lines “You may not have a faith that demands that you give” while giving themselves a pad on the back about how generous they were, tithing and all. Yeah, good for them. The assumption though, that without a faith demanding that you give, you are less likely to help out others, really saddens me. I rarely side with the “angry atheist camp”, but statements like those do have the aptitude to bring out the rage in me. Many humanists I know, give freely without feeling the need to make a big deal about it. Helping others is just the right thing to do, we don’t need a higher power or some fictional after life reward to do what is right. It makes me sad, that people keep spinning this prejudice that you need to believe in a some sort of imaginary leader in order to be a decent human being.

I had to let that sit for a while in order not to snap at such a thoughtless, judgmental statement. I do admit, I let it sit for quite a while, that article was posted back in September if I remember correctly. I have been wanting to write this post for a few months now, but never was really happy with how my ramblings about this topic turned out. I also decided not to link to the original article for various reasons.

I was still reflecting on my Humanist FI Utopia idea and how I could introduce more Humanists to the concept of FIRE, when a group of humanist friends got together for lunch during my visit in Phoenix. All the ladies in this group are non-believers and meet on a regular basis to chat over coffee or a meal. One of them took me aside, whispering “We need to talk!”. Ohoh?? But, no, what a pleasant surprise!

Turns out her and her husband had discovered the FIRE concept and had also read some of my posts, but had not realized until recently that this is actually my blog. She was so excited to be on the FIRE path and to be able to talk to someone who gets it – in person, not only on the internet. I sure know how that feels!

I, in turn, was ridiculously excited to hear that they are planning on getting to FIRE within a few years and that they both clearly were on the same page about it! Maybe I was also a tiny bit flattered that someone actually read one of my posts, LOL! This is the second set of humanist friends, whom I have known longer than most of my FIRE buddies, now on “The Path“. It is such a great feeling to see my two circles of friends starting to overlap. Phoenix has a growing FIRE community with regular meetup on the topics!! I wish those existed a few years ago when I was finding my bearings. Financial freedom is powerful. It does not mean you have to retire early, but it gives you all the options to choose from. Who doesn’t want options? I wholeheartedly wish that on all of my friends, humanist or not.

Hopefully between all of us, we’ll be able to spread “The Woowoo-Free Gospel of FIRE” 😉 among the humanist community, to enable a larger group of  humanists to buy their own freedom so they have even more bandwidth to help make the world a better place.