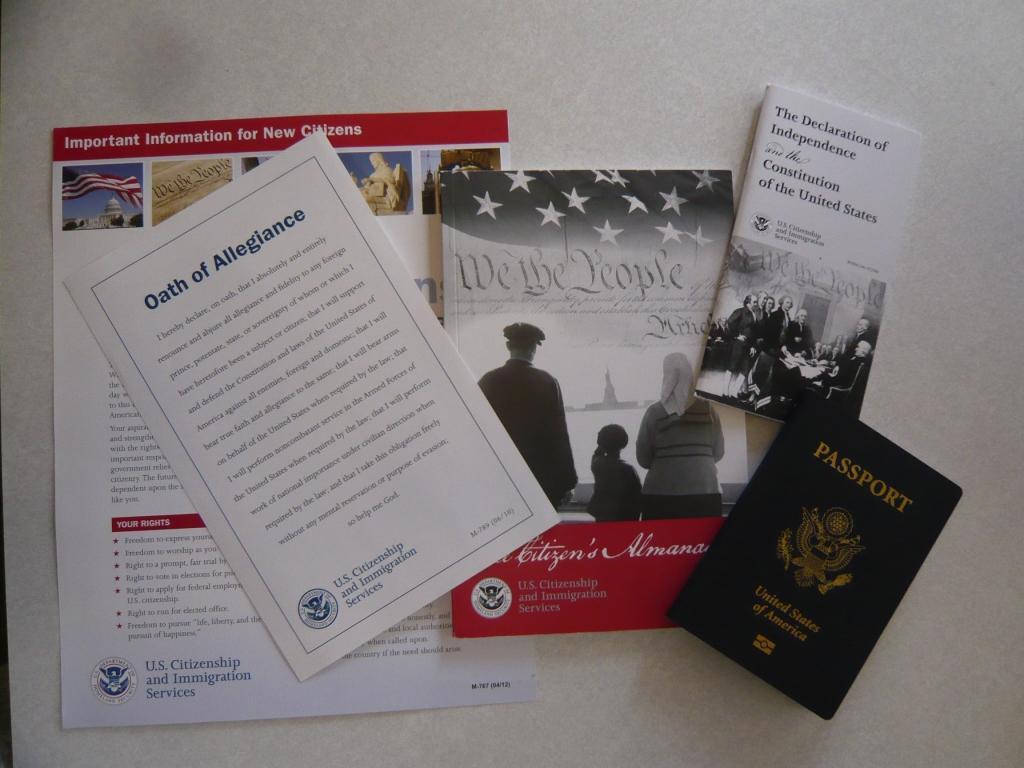 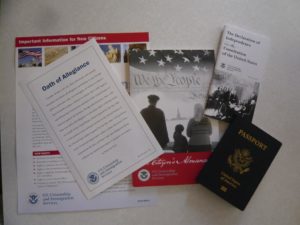 Last year I hit another important milestone on my journey to FIRE (Financial Independence / Retire Early). Not a financial one though:

I became a US citizen.

This was a big deal for me, as I have never felt as much at home as I do in my beloved Phoenix, so I did not want to risk being denied reentry after longer periods of absence, highly likely while pursuing my travel dreams during FIRE.

Part of becoming a US citizen is taking the “Oath of Allegiance to the United States of America” and as a secular humanist I had some concerns regarding this, in particular the last four words, which is the part where you say “so help me God”.

During my journey of becoming a citizen I have discussed this subject with fellow humanists and even a very outspoken atheist, who went through the process at the same time than I did and got all kinds of advice. To my surprise though most of it was in the sense of “pick your battles wisely”, or “just say it, you don’t take it seriously anyways”.

To be clear, I am sharing this information in hopes it may help someone in a similar situation. As an encouragement to “not just go with the flow” for things that matter to you even if it means taking a slightly less comfortable route. I am definitely not judging others and their choices. Religion is very a personal choice. Despite Separation of church and state being a constitutional fact, religion still aims to influence American politics to a degree not seen in most other developed countries.

Luckily a few people in my little humanist tribe strongly encouraged me, even offering help, in case anything should go wrong in the process.

I realize this is a very personal choice, but it is something that mattered a lot to me. Both things did, becoming a citizen and not compromising my values. So I did some research and it seems I was neither the first nor the only one who had issues with that part of the oath and therefore it was addressed in the very documents published by USCIS.

After reading up on the subject, I decided to add an attachment to question 49 “Oath of Allegiance” to my application for citizenship. It was just a single page on which I explained that, as Humanist, I do not profess a belief in any deity which concerns itself with the fate of human beings and that in order to be completely truthful while taking my Oath of Allegiance, I would like to request that it be modified by leaving out the final words, “so help me God”.

Then I referred to the following two documents:
(1) Chapter 5 (What Should I Expect From the Naturalization Process) of the UCIS publication, “A Guide to Naturalization”, which states, in part:
[…]

If you are unable or unwilling to take the oath with the words “on oath” and “so help me God” included, you must notify USCIS that you wish to take a modified Oath of Allegiance. Applicants are not required to provide any evidence or testimony to support a request for this type of modification. See 8 CFR 337.1(b).
[…]

(2) § 1337.1 Oath of allegiance ( SERVICE LAW BOOKS MENU \ TITLE 8 OF CODE OF FEDERAL REGULATIONS (8 CFR) \ 8 CFR PART 1337-OATH OF ALLEGIANCE \ § 1337.1 Oath of allegiance), which states, in part:
[…] When a petitioner or applicant for naturalization, by reason of religious training and belief (or individual interpretation thereof), or for other reasons of good conscience, cannot take the oath prescribed in paragraph (a) of this section with the words “on oath” and “so help me God” included, the words “and solemnly affirm” shall be substituted for the words “on oath,” the words “so help me God” shall be deleted, and the oath shall be taken in such modified form. […]

When the time for the interview came, I was nervous. The USCIS employee who interviewed me, invited me into her office. When I walked in, I immediately saw she had “God Bless America” and “God bless our troups” stickers all over her office. I thought “This is going to be interesting!”. Actually I remember thinking “Shoots, I am doomed.” while I sat down.

After the initial test (the language test and the citizenship quiz questions), she asked if I knew the entire oath by heart. I told her that I was very aware of the contents and meaning of the oath, but I would not be able to recite it word for word at this point yet. I also said, I knew, that by the time of the naturalization ceremony I would need to be able to recite it by heart.

I was a little nervous at that point, because I did not expect that I’d have to recite it during the interview itself and wondered if I should have just learned it or if she was just trying to make me nervous. I had spent most of my time preparing for the questions for the citizenship quiz, which was a non issue (you need to get 6 out of 10 right, they stop after the first 6, if you answer them correctly).

She smiled and asked me to put in plain words the contents of the oath that I do remember. So I rephrased some of the elements in my own words, such as the promise to support and defend the Constitution and laws of the United States against all enemies, foreign and domestic etc.

She then asked me if I had any concerns with the oath. So I explained what I had written in my letter and why I had requested a modified oath. She wanted to know which particular part of the oath I would like to modify. I answered that I would like to omit the last four words “so help me god”.

A second of silence followed (not long enough for me though to start second guessing if everybody else was right and I should have picked my battles more wisely).

Without any comment on what I had said the USCIS employee asked me if I had any further concerns other than the “so help me god” part, to which I responded I hadn’t.

She then explained that I could just leave out these words when saying the oath. She also mentioned that sometimes ceremonies for people who had requested modified oaths are held separately. After that she gave me some general information, escorted me out and wished me a nice day.

And that was it. It was all very polite and handled very professionally, as you should expect. Certain decisions are at the discretion of the the USCIS employee who is dealing with your case. So even if everything is in best order, at the very least they have the power to drag things out or delay your case. Knowing this, it is not a nice feeling to be at the mercy of someone who disagrees with you on matters of faith even though it should not interfere with their work. I was fortunate that the officer I was interviewed by, is a professional who understood they had a job to do. I would like to think that most people who hold public office jobs are not Kim Davis types who get personal beliefs mixed up with their work. Unfortunately there are many of these out there, which is why it was so important for me to make my point, even if it could have led to an uncomfortable situation.

Shortly after the interview I received my invitation for the ceremony. It was the same date and ceremony that my atheist friend, who had gone through the process at the same time without requesting any modifications, attended.

I got to leave out the “so help me god” part of the oath, not sure if he ended up leaving it out or not. But to me it was important I could.