Poetry at the intersection of FIRE and nomad life

Poetry at the intersection of FIRE and nomad life 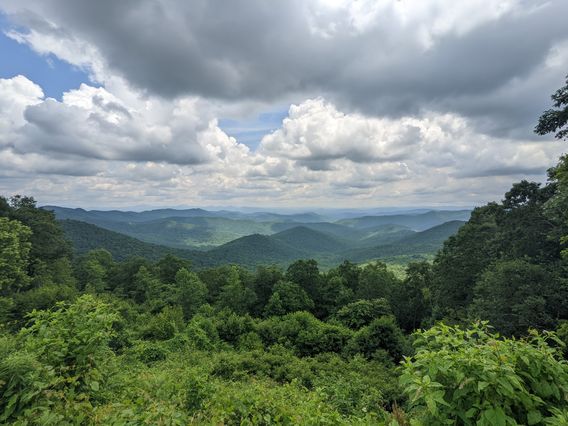 FIRE is not only about numbers and spreadsheets, it can be quite philosophical, poetic even if you are willing to talk to the right people and look in the right places.

Several years ago, around 2013 or so, I came across a poem called A Bucket Full of Freedom on one of the many FIRE blogs that started popping up around the time. I unfortunately don’t recall which blog, but I remember how impressed I was by that poem. I felt, it perfectly encompassed the concepts of FIRE, having enough, living intentionally etc. It even, in a way, addressed the often discussed hesitancy or fear to pull the trigger once you have enough.

At the first RTR we attended I heard a guy recite that very poem, which I recognized right away. Many other poems were delivered that day, some I recognized the sources of, such as Shakespeare, Mary Oliver, Henry David Thoureau, others I had never heard of, neither knew their origin. So I didn’t think much of it at the time. People were just performing on stage, sharing poetry that moved them, no matter who the author, I figured.

As I have mentioned before, the best part of our FIRE life are the people we meet along the way. I first met my friend Randy at that same RTR, he was the one who had recited A Bucket Full of Freedom on stage. Randy has been a nomad for way over 40 years (and wrote a book about it). He is a poet and philosopher, a deep thinker inspired by Henry David Thoureau, always advancing confidently in the direction of his dreams. He was featured in several documentaries about nomad life. One of his poems later even made it into the book Nomadland.

It wasn’t until Randy recited A Bucket Full of Freedom again, a few days later, that I realised it was actually written by none other than Randy himself. Since then I heard him recite many of his other writings. I also do own his book, 40 Years a Nomad. A bucket full of freedom, however is still one of my favorite poems by Randy to date. You could say Randy is the poster child of the LeanFIRE movement, although he didn’t intentionally start it or even knew of its existence. He just did his thing and lived his life way before the FIRE movement was on anybody’s radar.

Randy is also one of the founding members of the Music and Mind Camp (short MMC), an Enduring Nomadic Neighborhood of Friends traveling and camping together. It’s by far my favorite group to camp with and several of our members are, surprise surprise, also part of the FIRE movement, in fact I met a few of them through the MMM forums way before we started the MMC.

But I digress, back to the poem and Randy:

A Bucketful Of Freedom

by Randy Vining (shared with permission)

Wealth is like a leaky bucket
beneath a water spout.
Running water is your income,
expense is leakage out.

And the measure of your wealth
is how long could you hold out,
if some sad misfortune
turned off the water spout?

Most folks focus on the spigot
seeking increase of the flow,
but I focused my attention
on the leakage down below.

I’ve sought to plug my bucket,
reducing my expenses,
holding in my savings
like a cowboy mending fences.

With patience I waited for bargains,
didn’t count on lady luck,
lived well below my means,
getting bang for every buck.

When water rising in my bucket
reached that calculated mark,
I left behind my drudgery
and flew off like a lark.

So I think my wealth is great
because my needs are small.
And I won’t have to work again
with any luck at all.

Money can purchase freedom
if you have the guts to buy it.
I know folks with beaucoup bucks
too afraid to try it.

I am buying freedom
with the savings in my pail,
down highway trails of adventure,
in my land yacht I will sail.

Pretty awesome, right? Nothing, however, beats hearing Randy himself recite this poem and luckily the Rollchording Studio, an amateur recording Studio owned by one of our MMC friends, recorded several of Randys poems and speeches. Here’s a video of Randy reciting A Bucket Full of Freedom (with a cameo of Harry, our previous RV).

This site uses Akismet to reduce spam. Learn how your comment data is processed.